First, let me share to you that I am so overwhelmed that finally, I will be able to see in person the Balangiga bells which I’ve only seen in school books and television news. So cool! ^_^

Balangiga Eastern, Samar – HOW TO GET THERE?

Balangiga can be reached through vans and buses from Tacloban City or from Calbayog City. Fare is not more than Php 200.00. Waze can also be used for those who will use a private car.

It was after we visited Canhugas Nature Park – Hernani Eastern, Samar when we decided to take a short side trip to Balingaga bells before going home. We travelled for about 2 hours to the East. There was a little challenge when we arrived at the Municipality of Balingaga because there were no clear signs as to where the church was, so we asked some locals and they pointed us to the big church across a town park. It seems an ordinary church, but lies within it is a rich history from 200 years ago. At the public park across the church, monuments can be seen in memory of Balangiga massacre, and a list of names of the Filipino soldiers who died.

From high school, I already heard the infamous Balangiga massacre that took place in my home province Samar Island.

The Balangiga church was dedicated in 1854 to Roman martyr San Lorenzo, and the town probably took four years to raise funds to acquire its first church bell. It was cast around 1853 and bears the Franciscan coat of arms. It has a mouth diameter of 31.25 inches (794 mm) inches and height of 30 inches (760 mm). The following inscription appears on this bell: “R. San Francisco Año El 1853” (“R. San Francisco The Year 1853”). R. San Francisco could have been the parish priest at that time, or the term may represent Religioso de San Francisco, a reference to the name of the religious order of Franciscans.

The second bell was cast around 1889 with a mouth diameter of 27.75 inches (705 mm) and height of 27.5 inches (700 mm). The town acquired it in 1889 through the initiative of Fr. Agustín Delgado, whose name is inscribed on it. The following inscription appears on this bell: “Se Refundió Siendo Cura Parroco El M.R.P.F  Agustín Delgado Año 1889”. The bells were referred to as campanas colgantes in Spanish, meaning “hanging bells”. These are usually hung from a beam and are rung using a rope attached to the clapper.

The third and smallest bell may have been acquired in 1895 through the initiative of Fr. Bernardo Aparicio. Estimates of its size deduce a 23-inch (580 mm) to 24-inch (610 mm) height and a mouth diameter of about 20 inches (510 mm). It bears the Franciscan emblem. The following inscription appears on this bell: “Se Refundio Siendo Parroco P. Bernardo Aparicio Año 1895”. Bells of this type are known as esquila (small bell) or Campana de vuelo, literally a “flight bell” used to sound warning in times of peril. The Spanish word refundió means that the bell had been recast from scrap bronze.

On September 28, 1901, Philippine Republican Army soldiers, and irregular military forces from Balangiga ambushed Company C of the 9th U.S. Infantry Regiment while they were at breakfast, killing 48 and wounding 22 of the 78 men of the unit, with only four escaping unhurt and four missing in action. The villagers captured about 100 rifles and 25,000 rounds of ammunition. An estimated 20 to 25 of them died in the fighting, with a similar number of wounded.

In reprisal, General Jacob H. Smith ordered that Samar be turned into a “howling wilderness” and that they shoot any Filipino male above ten years of age who was capable of bearing arms. This was the most widespread killing of Filipino civilians in the entire duration of the war. The aftermath of the massacre also led to the increased use of the water cure in Samar. The American soldiers seized three church bells from the town church and moved them back to the United States as war trophies. The 9th Infantry Regiment maintained that the single bell in their possession was presented to the regiment by villagers when the unit left Balangiga on April 9, 1902. The bell had been actually given to them by the 11th Infantry Regiment, which had taken all three bells when they left Balangiga for Tacloban on October 18, 1901. ~https://en.wikipedia.org/wiki/Balangiga_bells

It finally returned to its hometown in Balangiga, Eastern Samar after 117 years after the government negotiation for it’s return .

I am so grateful I was able to see it in person and learned more about our history. If you want to go visit it, I recommend you to make it a side-trip to one of the beautiful beaches in Eastern Samar so you can maximaze your Eastern Samar trip. 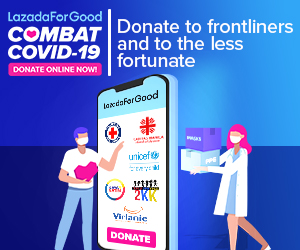 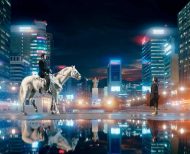